A recent story in the Chronicle of Higher Education reported that Governor Andrew M. Cuomo has written an economic development plan that turns all 64 campuses of the State University of New York into tax-free zones. This means that companies that move into these zones would pay no sales, property, or business taxes for 10 years, and employees would pay no income taxes. The rationale for this idea is that it would encourage businesses to set-up shop around the state’s universities and drive the translation of research into products, thereby promoting economic growth.

New York is not alone it attempting to place universities at the center of regional innovation hubs, which might be defined as institutionalized partnerships between public universities and private industries to capitalize on their respective expertise and assets for economic value creation. These public-private partnerships are not simply linking two discrete sectors, as suggested by the hyphenated name, but rather represent a new structure in academe, with its own jargon, goals, rationales, resource base, and specialized workforce. The collaborative process not one in which university researchers sit in their labs and churn out knowledge products that a nearby company buys and develops. Rather, private companies use funding to set the research agenda; faculty members build careers around the needs of spin-off companies; and universities own equity in ventures they helped to launch. The line between university and business, public and private, non-profit and for-profit is intentionally made obsolete. 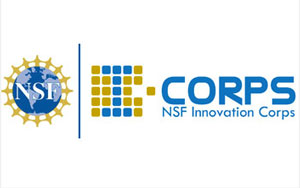 The National Science Foundation supports the establishment of innovation hubs by funding what they call I-Corps Nodes, which they say “work cooperatively to build, utilize and sustain a national innovation ecosystem that further enhances the development of technologies, products and processes that benefit society.” The University of Maryland, Virginia Tech University, and the George Washington University received $3.75 million to become nodes in a regional innovation network. According to a news release about the award, the goal is to “find the best entrepreneurial student and faculty researchers and help them bring discoveries to market.” NSF is thinking even bigger, funding many nodes and facilitating many networks as “the foundation of a national innovation ecosystem and focus on the front-lines of local and regional commercialization efforts."

In some ways, university-based innovation hubs are an exciting development because they may just be responsible for making discoveries that tackle some of society’s biggest problems. However, there are also several downsides to these arrangements to consider, starting with two assumptions that underpin the whole notion of marrying university research and business creation. The first assumption is that problem-solving is best accomplished through the private sector and taking ideas to market. The second is that the private sector is the source of solutions and not the origin of problems. This assumption is particularly tenuous in light of the myriad products developed for the defense industry. Both assumptions have an ideological basis in the effort to discredit government as inefficient and ineffective, positioning corporations in negative relation to the bureaucratic welfare state. In this way, we should not think of innovation hubs as entirely distinct from other forms of privatization.

Privatization is clearest when we consider Gov. Cuomo’s plan. Of course, a tax-free zone is a monumental incentive to locate a business near a university. However, it effectively means that the private sector can harness the research and development (R&D) capabilities of universities, some of which are publicly funded, without giving money back through taxes. The reduction in costs by outsourcing R&D and not paying taxes certainly facilitates the accumulation of profit, but questions remain about whether there is any presence of the “public” in the objectives, processes, or outcomes. There are also lingering questions about who or what, precisely, stands to benefit. Universities may generate some revenue from licensing intellectual property and equity ownership, but it is hard to tell if this revenue amounts to much because we don’t have a good sense of how much is being spent to build and administer innovation hubs. There is also some research suggesting that only a handful of institutions (e.g., MIT, Stanford) make much money from their entrepreneurial ventures.

Why, then, are universities seemingly so eager to partner with the private sector and position themselves as innovation hubs? Positioning, I think, is a key part of the decision. Far more lucrative than money to universities is the symbolic value of showing that research money is not being wasted—that universities are relevant and even necessary to propel economic growth. In an era when people are regularly critiquing universities for their inability to control costs, their inefficient preoccupation with traditions, and their lack of success at creating and transferring usable knowledge, it is no stretch to claim that public higher education is in the midst of a legitimacy crisis.

Universities are desperately seeking legitimacy, and what better way to do it than by orienting what they do to innovation? The legitimating logic, then, for many institutions has been to constantly extoll their contributions to business growth, job creation, and national economic competitiveness. It is no coincidence that the I-Corps Node news release quoted Congressman Dan Lipinksi: “given the size of the federal investment in research—$60 billion annually—the American people should be getting even more new companies and jobs for their money. I-Corps represents a low-cost way to get us across the much-discussed ‘Valley of Death’ that separates laboratory discoveries from profit-making companies that boost economic growth and American competitiveness.”

In its drive to be seen by taxpayers, consumers, and other stakeholders as legitimate, universities have symbolically and structurally emphasized anything that connects them to the “economic imaginary” of the knowledge-based economy. At every turn, university presidents are highlighting the businesses created at their institutions, and organizational change is justified with language of “innovation and entrepreneurship.” The legitimacy conferred by these efforts may be an important short-term survival mechanism, but the long-term returns could be marginal and forever change the philosophical moorings of higher education and the key actors involved in its governance. Once the “innovation ecosystem” is in place, it may be impossible to tell where the campus ends and corporation begins. It's possible that the campus-corporation distinction was myth to begin with, but if there ever was purposeful distancing between the two, a drastic new approach is being taken, and I venture to guess many of us who work, teach, and study at universities, while perhaps somewhat conscious of it, do not fully grasp its pervasive influence.
Posted by Kevin R. McClure at 7:44 AM No comments: